That's three times of "horror" for three nights of sitting and half sleeping in a black box of ennui, i.e. the house of darkness... with no kids, no light, no music, no TV, no NOTHING... except the security system beeping every 10 minutes.

The freak storm that happened last Sunday blew the kids' Little Tykes slide across the yard and knocked out the power. I was one of those lucky last 40,000 among the 300,000 who lost power to get it back last.

So what's the big deal with power outage? At least the kids weren't around. True. It wouldn't have been that bad. I could camp out in school or Starbucks for wifi and AC. I didn't usually watch that much TV anyway. It was just the darkness... the Waiting-for-Godot nothingness that got to me. I can't explain it. I could easily have just breathed, meditate and go to sleep. Instead, I crashed on the couch with 88.5 playing NPR, BBC, Deutsche Radio, Canadian Radio etc. half enraptured by the great programming (yes, public radio is even better in the wee hours), half stirring up a soup of too-many-things out of nothing in my head.

My 19-year-old neighbor explained it better. He was actually alone too, on one of those nights, and found it much easier to fall asleep in the pitch darkness. It was that first night when my alarm system freaked out on me and keep going off. That's the way the human mind works. All it takes is for it to freak out once. He was, of course, right. So much more wisdom from someone so much younger.

I'm not about to get all Foucaultian but there really is just a very thin line between sanity and madness. And I had allowed myself to stray across the line somewhat in the last three nights. I excused myself by pointing out that I was tired and stressed, trying to get a million and one things done. But really, there was no logical reason. It was like a walk in the park I wanted to take.

So now that the ordeal is over, and there is light again, I need to go back to being my usual soak-up-the-sun self. It wasn't all darkness and horror. There were all the great friends who sent messages of empathy and offers of food, shelter and company. It made me wonder. If it takes so little to reach out and connect with someone, why are so many people afraid to do so. Isn't the darkness more scary? It definitely was, for me. I always thought of myself as someone who would one day go out into the woods to live deliberately. I guess not, after all. I'm grateful for the guys at CVS who said I was welcome to hang out there the whole night if I couldn't bear the dark, stuffy house. I'm also grateful for the BBC, which is comfort food for the mind to me. Most of all, I'm grateful for this scene, and several others, that I captured (in the great company of a fellow novice photo-enthusiast). That evening after the storm had one of the most gorgeous sunsets I had ever seen (and I've seen quite a few...including one over Tanah Lot). 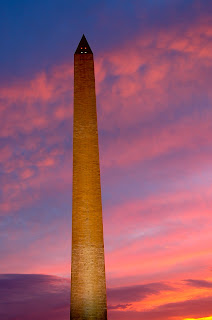